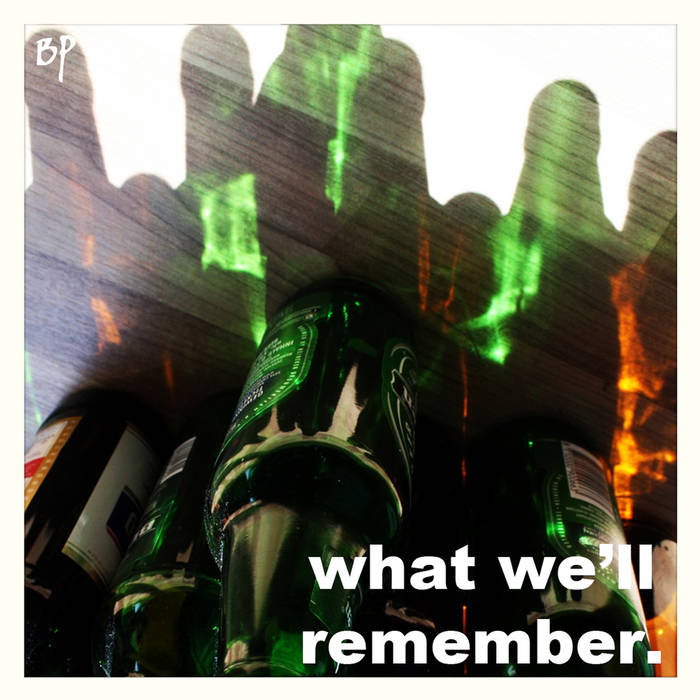 "And through it all
There was beer, sweet beer."

Notes ^ML:
Loads of great Thirsty songs came to mind as we debated and deliberated which one to play for this album. "Fake ID," "Sunday in Indiana," "Baby's First," and "What Would Another One Hurt?" all came to mind. Yet, though these are truly great songs, something about them didn't quite speak to Buckman Page's experience as a group. In fact, we deliberated about it for so long that this week's release was recorded quite late in the week... and we got a bit nervous there for awhile that it might not happen. Seriously. But here we are, it's Friday, and you've got another great tune waiting for your ears.

As of this week we've officially completed HALF of the songs. 6 weeks down, 6 to go. It's been a blast so far, though not without it's challenges. Some weeks it feels like there's more than enough time to record loads of tracks without hurry, other weeks get a little tight (like this week) - and we're forced to do our best, quickly. That's alright. Occasionally we remind one another that we set out to perform these songs in 12 weeks for fun. With that in mind, it seemed to be a good week for a beer song to bring some lightheartedness into the atmosphere.

Looking over the memories of Buckman Page, there was loads of beer, sweet beer. From dingy rehearsal spaces lined with cans of beer to equally dingy basements where crowds of half-drunken strangers swayed, arm-in-arm, to the sounds of Beer Valley. We'd like to dedicate this one to those who have shared one (or many) of those delicious frothy beverages with us. It's always a pleasure.

As always, thanks for listening folks. Take care of each other.

Cold fish sticks for breakfast
Hot wings for lunch
Tonight I splurged a bit;
I don't deep fry my bacon that much
One time I got off the couch
But that was a fluke
I'm coming off a hangover
I thought I had to puke

And through it all there was beer, sweet beer
Didn't even have to go to the kitchen,
Cuz I got a fridge right here
Yeah I had quite a day,
Sitting around watching Simpsons tapes
And what I'll remember is the beer

I had a beer when I woke up
Cuz it's good for the heart
Then I cooked beer battered spuds,
Except for the potato part
Played frisbee golf all day long,
'Til my fingers bled
I was the pope of frisbee town,
At least that's what I said

And through it all there was beer, sweet beer
Leinenkugel's bottles brown, MGD bottles clear
Yeah I had quite a day,
My kidneys had a big role to play
And what I'll remember is the beer

I told some stories.
At least half were almost true
Then the beer started to run low,
But I knew just what to do
Drank a couple warm
And while the rest were chillin'
Elucidated at great length
On the finer points of Bob Dylan
And through it all there was beer, sweet beer
Deep down I know I'm cool;
All the chicks just think I'm weird
Good news! It's your lucky day,
You're gonna drink with me today
And what we'll remember is the beer

from 12 Songs, 12 Weeks, track released May 18, 2012
What We'll Remember (Ody to Jody)
Written by Thirsty
Performed by Buckman Page
Artwork by John Williamson