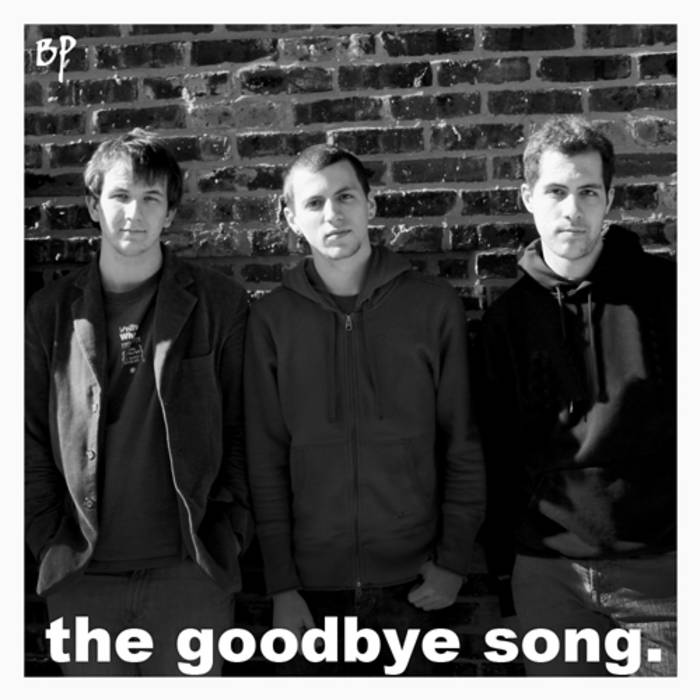 When I approached Matt about this project a few months back it was on a bit of a whim. Inspired by late nights sitting up listening to the demo versions of these songs, I came into an idea that both Matt and I thought was a little bit crazy. To be honest, the idea came out of a place in desperation. We hadn't released anything new, played live in awhile, or done much past writing and getting together for an occasional brainstorm. Things weren't dead, but we'd hit some snags. Some desperation came out of the fact that around this time Bekki and I officially made the decision to take a year away from Chicago. Of course, the reaction by close friends and family to this announcement was "will the band be breaking up?" to which I forcefully replied "no." But there seemed to be an exhaustion of direction. Each plan was met with subsequent reasons why it couldn't happen from each of us.

We take for granted the American entertainment machine. We're bombarded with entertainment -- new songs, ideas, tv shows, movies, books, radio interviews. Sometimes I forget that someone sat down with a pen, wrote those songs, sang them, recorded them, convinced some friends to play along, paid hefty amounts of money to have it engineered. Entertainment is so easy that we forget that it is work. So it goes. It's work - let's get to work. We wanted to stick our necks out again, insert ourselves creatively back into the thick world of art, and play good music for you good people.

In some senses, this project was about admitting what we didn't have, shrugging off that loss, and celebrating what we did have. Foremost, we had one another and we had our songs. Matt's been learning to play the bass, I grew up a drummer before (as some drummers do) turning to the guitar. However stunted we might have been in our own recent lack of experience, the two of us seemed to be a band in and of ourselves. John, who is currently living in Germany, also had incredible gifts of visual art (in addition to his extremely-missed complex drum rhythm). So, we took what we had and made something of ourselves. We bought a little home recording equipment and brought some new material to life. Stark Naked Records (our new independent label) came to life. In light of future arrangements and commitments we gave ourselves a challenge. We, the people who had never ourselves recorded, mixed, mastered, and released our own music, would do it all ourselves. In 12 weeks. Now, had we said "In 12 weeks we'll release 12 songs" it might have turned out that the songs could be more polished or stylistically coherent. But we didn't want it to be. We had a few dollars in the band fund and 15-20 songs that were crying out to be recorded. We wanted to begin releasing them right away. It's been fun.

The album was produced, mixed, mastered, and recorded by Matt Cefalu and myself. It's been a delightful headache, of which I am entirely grateful to have been a part of. From hearing one friend say that our new tunes had inspired him to paint again, to hearing week-by-week from coworkers, distant friends, and relatives react to the new material, fills me with an overwhelming inspiration to do it all again. Now, technically, the project isn't quite over. We're taking the summer off (for travel, moving, relaxation, etc) but we'll be back at the mixing table (aka our computers) revisiting these songs come the fall. To be honest it's been a massive learning experience. There are things that happened on a technical level in "Rivers" that I scoff at now. Oh well, we were beginners. We'll fix those things (without ridding ourselves of delightful idiosyncrasies). It was produced, all told, within a budget of $400. There were constraints: money, time, prior commitments, life in general, unpolished songs (that needed revisiting) and distance. But I'm happy to say we've overcome those. We hope that in October/November 2012 to rerelease this album as a full project available for download.

So, enjoy "The Goodbye Song," reassured of a few things. First, this is not the end of Buckman Page. We'll continue to take lemons and make them into something, as we've managed to do for 6 (can you believe it?) years. Next, we love our listeners - you are greatly appreciated and adored by us. I wrote this song in March 2012, just after Bekki and I learned we'd be moving back to the west coast for a year. Tearfully, it seemed a fitting end to the work Matt and I had been putting into the batch of new songs we now call the "12 week" project. In fact, it was listening to a demo of this song one late night three months ago that drove a whim to begin this project.


"We'll end it on the highest note that we can sing"

I refuse to despair for this 'end'. This is an adventure. Stay tuned.


Special thanks to Bekki (for your patience, love, and trumpet), Martin (for allowing us to record a few of your songs and your helpful feedback), Ben (for inspiration late wild nights, and your willingness to stay quiet through our racket), John (for your art and general go-to knowledge of everything technical), Al, Eric, and Dan (we couldn't have gotten here without you guys), Mal (also for your patience, love and willingness to promote for us), John again (for the use of your bass), Matt's neighbors (for suffering through the loud batches of screaming electric guitars), and the staff at Guitar Center.

Unraveling your temple dress whisper
Fill my head with mystery
Come now baby to the king bed warmth fire
Long before our eager sleep.
But you wouldn't listen to me.

Get all the flowers from the cold, dead, winter
Easin' up the windows come the breeze
I was wishing i had met your lips
Underneath the willow tree
but you wouldn't listen to me

In the frightening light of the turnpike
Turn the radio to sleep
Kill the engine, listen into the night lights
We're driving to get out to sea
But you wouldn't listen to me.